The history of mobile exhibitions – variations on the travelling and reproducible versions – remains little known, despite the fact that their number grew steadily in the first half of the 20th century, building up to a golden age just after the Second World War. One of the main achievements in this field emerged from the Marshall Plan, when the US State Department put a series of mobile exhibition units, including circuses, trains, trucks and barges, into circulation in Western Europe. These exhibitions were the work of a team of architects, graphic artists and photographers tasked with conveying a political message – itself intimately linked to the notion of mobility – that was a core part of the American propaganda campaign. Constant factors in the Marshall Plan exhibitions, the reproducible arts – photography, cinema, posters, brochures – took various forms. However, the ease with which these units could reach a scattered public would have been enough on its own to justify doing without them. Why, then, this marked dependency? What role did the reproducible arts play in exhibitions already capable of travelling everywhere? 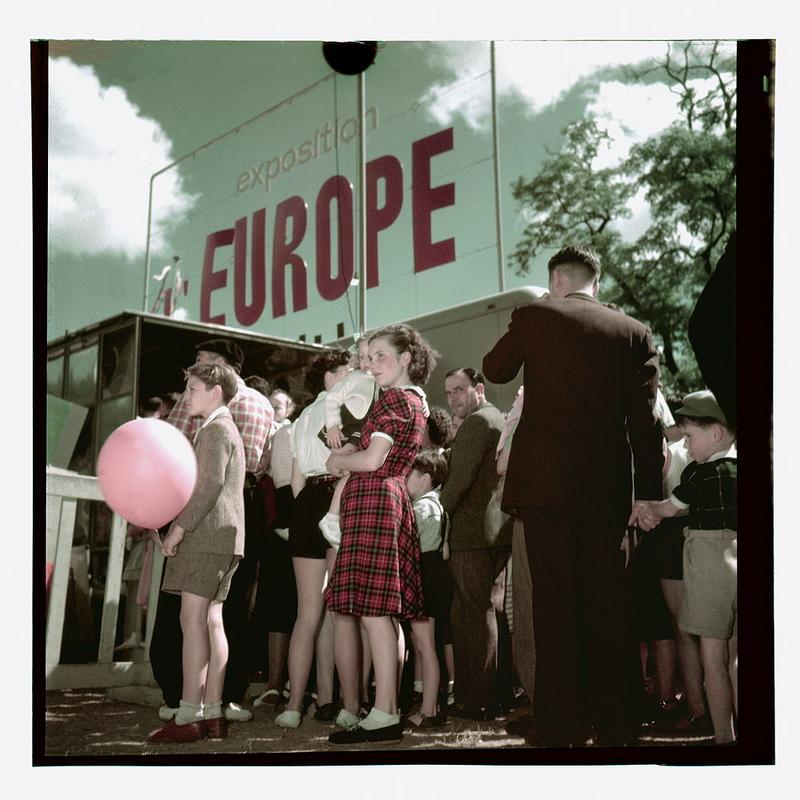 Ascanio Cecco holds a degree in art history. An assistant teacher at the Center of History of Culture at the University of Lausanne, he is currently preparing his Ph.D on the history of mobile exhibitions under the supervision of Olivier Lugon. His main field of research is the history of graphics, interior design and exhibition scenography from the 1950s to the 1970s.